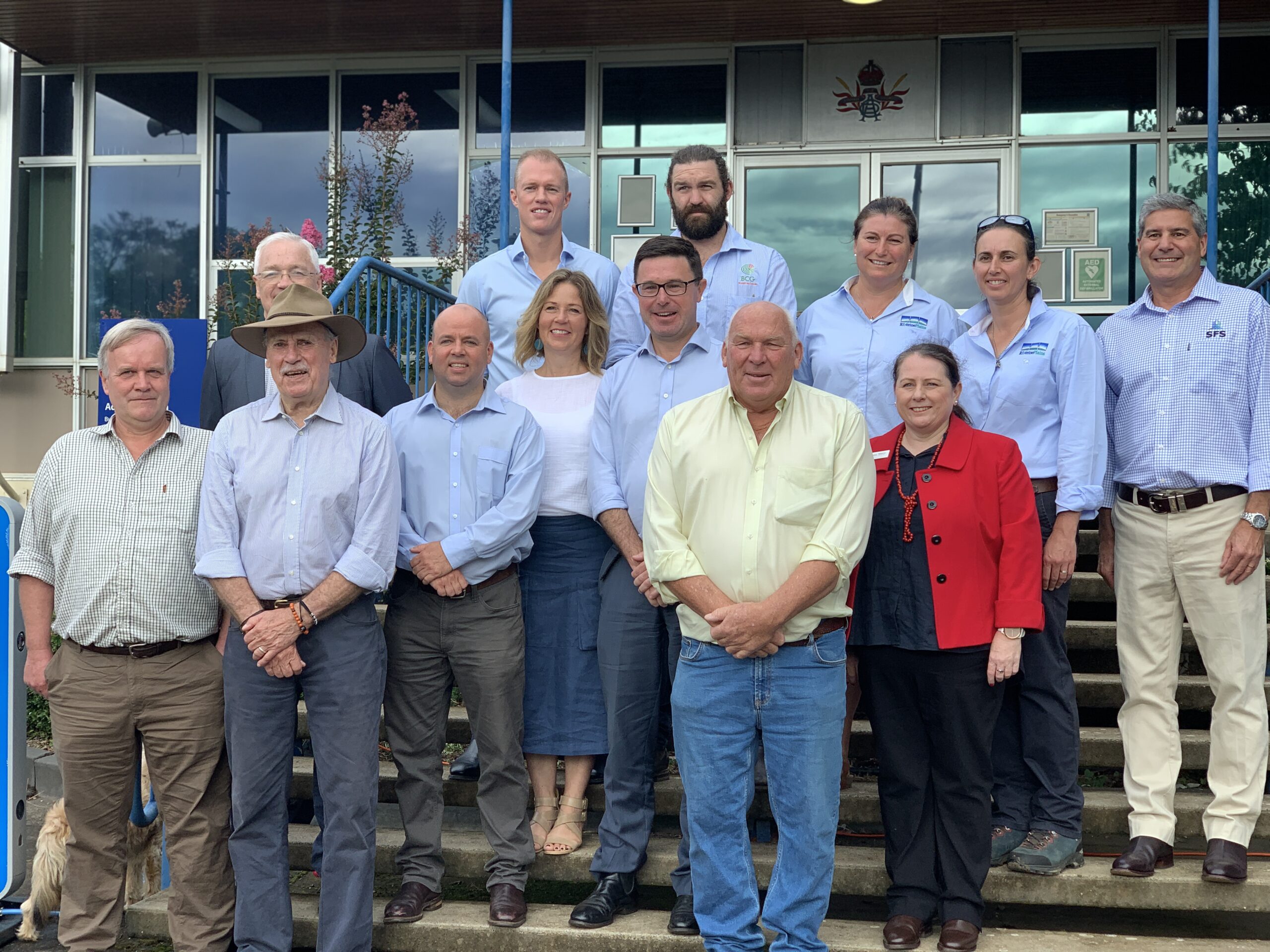 Minister Littleproud made the announcement during a visit by he and the Member for Nichols, the Hon. Damian Drum MP, to the University of Melbourne’s Dookie Campus on Wednesday 2 March. He said that this funding demonstrates the Australian Government’s commitment to harnessing innovation to better prepare for periods of drought.

Dr Gupta’s project, ‘Whole-system Redesign of Broadacre Farming of SE Australia’, is looking to redesign the whole system of broadacre farming in SE Australia to plan for, cope with, and recover from drought, through an inclusive systems approach that brings together individual proven practices into diversified farming systems.

“This project will demonstrate how pulses can be used as an integral part of crop rotations in grains and graze, and grain farming systems where farm resilience is further enhanced by incorporating native crops and grasses,” said Dr Gupta.

Alongside collaborators from the Faculty of Veterinary and Agricultural Sciences, several Drought Resilience Adoption and Innovation Hub partners will be involved in the project, including Birchip Cropping Group and Riverine Plains farming groups. Other project partners include Goulburn Broken Catchment Management Authority, Black Duck Foods and Gap Flat Track Native Foods. The project and Drought Hub are funded by the Australian government’s Future Drought Fund.

A proof-of-concept grant of over $100,000 was announced for another University of Melbourne project, ‘Building Capacity for Community-led Drought Resilience Action’, which will be led by Dr Margaret Ayre, Professor Ruth Nettle and former Faculty member Dr Jana Paschen. This project seeks to design and test a Drought Resilience Facilitation and Leadership Framework that identifies, builds, and sustains community capacity to implement strategic resilience planning.

Professor John Fazakerley, Dean of Veterinary and Agricultural Sciences, said that these announcements were great examples of the relevance and value of the University’s Dookie Campus.

“Minister Littleproud was clear that this funding was only available to organisations with a strong regional footprint,” said Professor Fazakerley.

Co-Director of the Victoria Drought Resilience Adoption and Innovation Hub, Professor Timothy Reeves said he was pleased that all of the Drought Hub Regional Node leaders from across the state were in attendance for the Minister’s visit. He said that this was indicative of the trust and teamwork which has been built across the Victoria Drought Hub to better serve our stakeholders, on farms, in the environment, and in rural communities.

“We were honoured to have Minister Littleproud and Damian Drum MP visit the Dookie Campus, tour our facilities, and to hear more about our activities in the Drought Hub,” said Professor Reeves.

“We explained to him our unique approach to enhancing future drought resilience, by focusing on the four key stages of drought – in the ‘good times’ before drought hits; in the period when drought is on the horizon; during drought – where most past work has focussed; and in the immediate drought recovery period.

“We also had a very successful visit on Tuesday from Ms Fiona Simson, President of the National Farmers’ Federation and her executive team.”

“We’re continuing to build trust among government and industry that the Hub is where innovation and agribusiness can work together.” said Professor Reeves.

The Drought Hub’s South West Regional Node Leader, Southern Farming Systems, was also awarded an Innovation Grant that will involve participation from other Victoria Drought Hub partners, including the Faculty of Veterinary and Agricultural Sciences, University of Melbourne.

For a full list of projects funded through the Drought Resilience Innovation Grants, visit: https://www.awe.gov.au/agriculture-land/farm-food-drought/drought/future-drought-fund/research-adoption-program/drought-resilience-innovation-grants