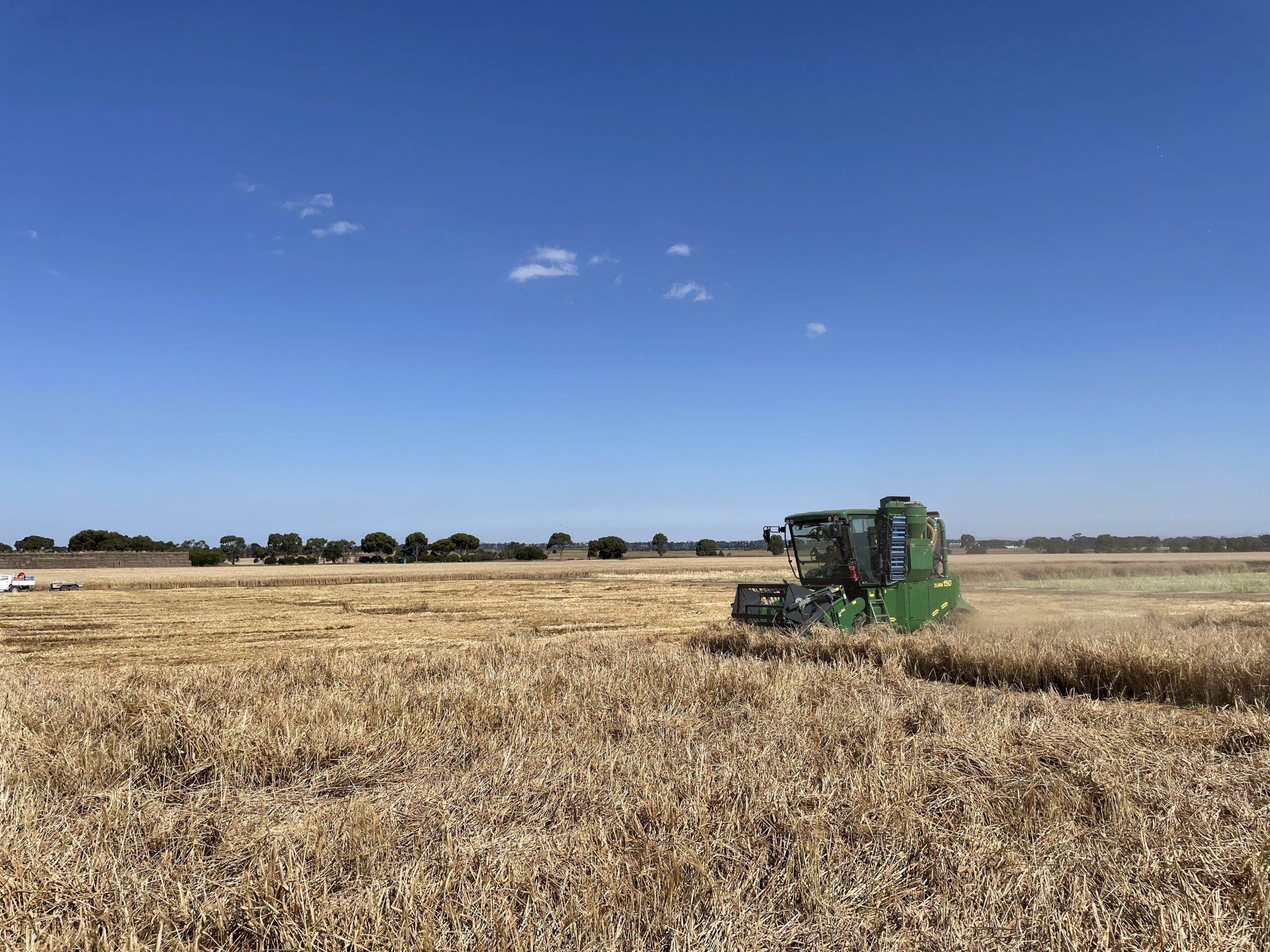 Trial Harvest in the South West

It sure is harvest time at Southern Farming Systems! With a string of good weather days, we have harvested a lot of trials. It was a slow start to the harvest season with cold weather and rain, at the end of December.  With January weather improving.

Southern Farming Systems canola trials were first to be harvested, and it was pleasantly surprising to see how well they yielded. As the season was longer than normal with cooler and wetter conditions, we were very concerned with how lodged some of the canola plots were and how much pod shattering might occur when harvested. Looks were deceiving and most of the trials were easy enough for the header to pick up with minimal pod shattering. The higher yielding plots yielded 5-6 t/ha, which was absolutely astounding and very exciting!  Showing us the potential of varieties and management scenarios in such an unusual season.

Next to harvest was the barley and faba beans. The barley plots were very lodged, which is not surprising given the wind and rain that occurred before and during the start of harvest. This was a major point of concern for harvesting, as it could be very hard to pick up. However, the header drivers took their time and did a fabulous job and managed to be able to pick up the barley. Yields ranged from 5-8 t/ha for some of the SFS Variety x Management trials. The faba beans unfortunately were somewhat lower yielding, which is indicative of the high pressure from disease this year especially from chocolate spot in the September-November period in the Western Districts of Victoria.

Currently the team is harvesting the wheat trials, which has had almost perfect harvesting weather, so far! As the wheat trials are still being grain tested, yields are still to be determined but there is hope for the wheat to be the best crop, yet. As harvest comes to an end, the grain testing team will continue to test the trials for grain quality which will further help to analyse how the crop has performed over the season. And write reports for the annual trials results book and prepare for the Southern Farming Systems Annual Trials Results Morning on the 22nd March.  Southern Farming Systems members can access the Express Harvest results through the members only log in on the website in the publications section.