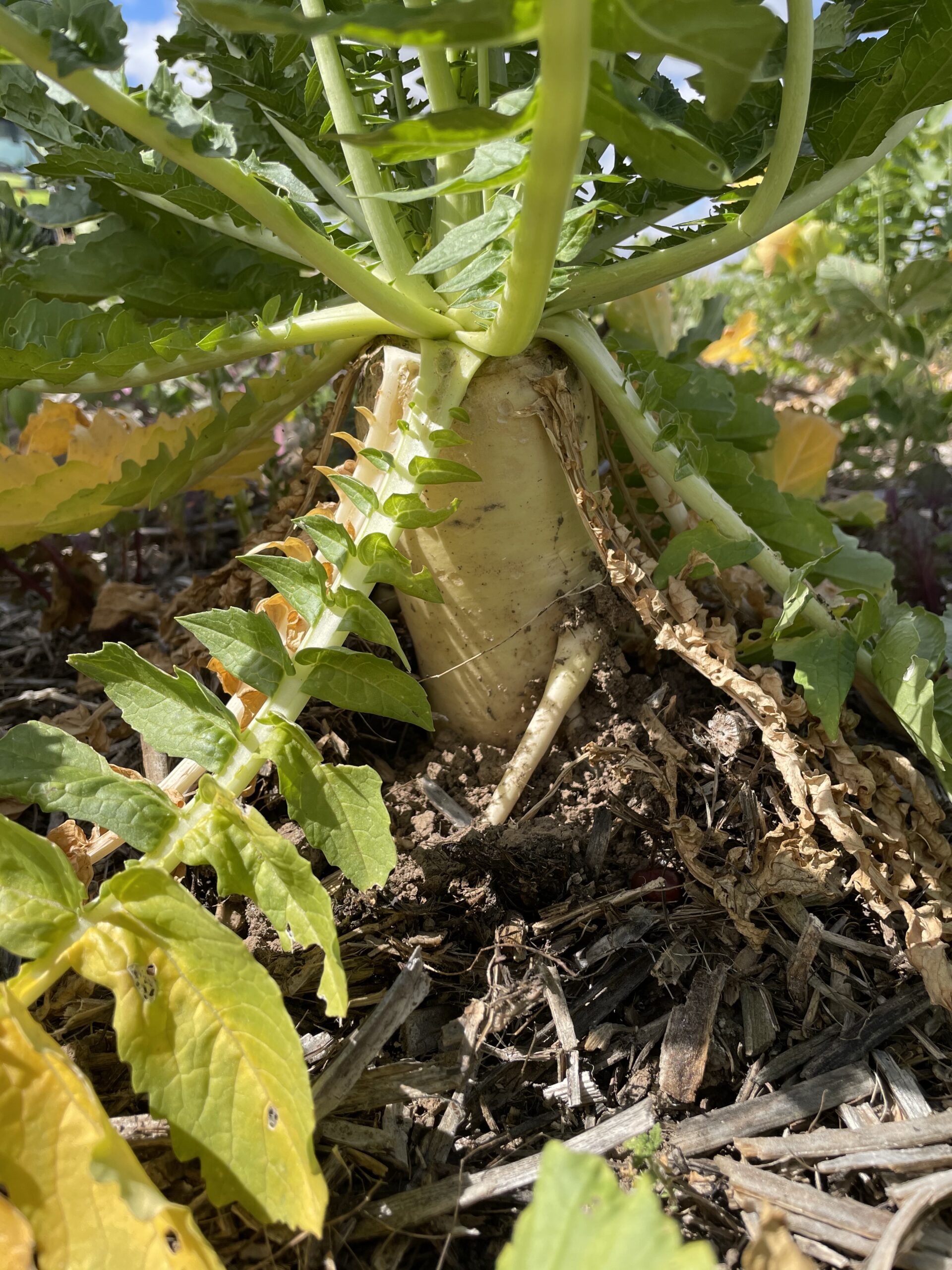 In the past season he has addressed that problem by planting tillage radish.  Rob’s 1500-hectare property about 30 minutes south of Ballarat is home to Merinos and cross-breds while wheat, barley, canola and faba beans are the main crops.

Rob, a fourth-generation farmer, used tillage radish for the first time last year to provide summer feed while getting rid of moisture in the soil.

“The last three years have been fairly wet for cropping so I put the radish in as an alternative over summer to get a bit of grazing but its main purpose was to try to suck some excess moisture out of the ground,” he said.

“Most of the time, if we get a drought, they’re our good years. They say there’s money in mud and there probably is, but we’ve got to try to utilise that moisture more efficiently and tillage radish has definitely been a help.

“It gave us summer feed for the sheep, which was a plus, but it was an extremely wet year and everything would have been wetter for sure if it wasn’t for the tillage radish.”

Rob plans to use it again this year, with some changes.

“There’s a lot to learn,” he said. “I tried it on several different stubbles – faba bean, canola, barley and wheat. I wouldn’t put it back into the canola stubbles because, being a fumigant plant, it never achieved its full potential and the volunteer canola was competing with it.”

At the other end of the spectrum was the faba bean stubble. “That was almost too good,” Rob said. “It was unbelievable feed; we had 1000 cross-bred ewes and you couldn’t find them it was so high.”

Its success might also create a source of revenue. “There was so much feed over summer, other farmers could have put their sheep on it. We could lease it over summer and get a return on it as well as sucking the soil dry.”

Rob also plans to use it again on wheat and barley where it grew well and was well grazed by the sheep.

He planted tillage radish on 400 hectares. “There was so much feed everywhere we could have been carrying triple the livestock,” he said. “That’s a good problem to have.”

It was direct-drilled with a disc seeder in a simple process that helped to get through the heavy stubble loads after harvest.