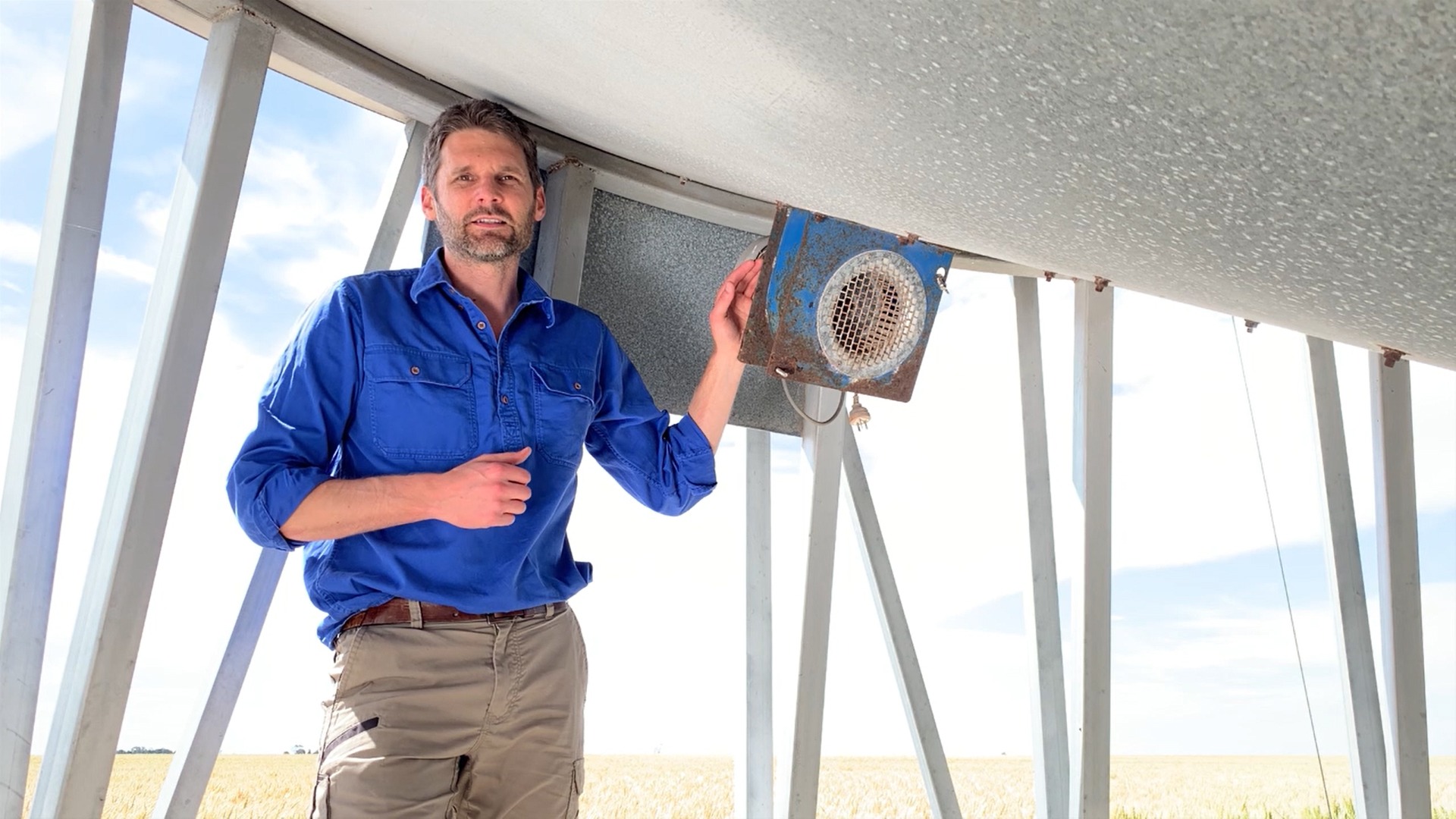 With substantial yields expected across much of the Australian grain growing area and wet weather hampering harvesting efforts, growers are being encouraged to consider how they will manage on-farm storage to preserve grain quality.

Storing cereals and pulses with an average moisture content above 12.5 per cent can cause a range of issues, including mould and insect outbreaks in storage facilities.

“Aeration cooling allows grain that was harvested slightly over moisture to be stored for up to  three to four weeks before it is dried or blended with dry loads,” he said.

Recent survey data has revealed that aeration cooling is widely underutilised in Australian on-farm grain storage, with two thirds of growers not using it, not realising it can be retro-fitted to their existing silos, or not ordering it as part of new storage capacity.

Mixing over-moist grain with drier loads will lead to a lower average moisture once the two loads are properly blended.

“Ideally, the blended load will be put back into storage with aeration cooling to help redistribute moisture evenly among the grain,” Mr Warrick said.

“The cooling fans need to be run continuously if the grain has a moisture content above 12.5 per cent, unless the ambient relative humidity is above 85 per cent for an extended period. Even air-distribution through the silo and open lids or vents are essential, as is monitoring the grain-temperature daily.

“The fans must deliver at least two litres of air per second per tonne of grain (l/s/t) just to hold over-moist grain safely.

“Drying grain out requires much higher airflows, in excess of 15 litres of air per second per tonne, which is only possible with high capacity systems specifically designed for aeration drying.”

Grain drying facilities have the benefit of being able to dry grain down to a safe moisture content for storage but are different systems to aeration cooling, which is important to understand.

Aeration cooling can enable over moisture grain to be held temporarily until it can be dried or blended. The longer-term benefits of aeration cooling are preserving grain quality including germination characteristics, grain colour in pulses and creating unwelcoming conditions for mould and insects.

Mr Warrick said the most common cooling mistake was not running the fans for enough hours to thoroughly cool the entire silo and push fresh cooling air right through the store. This could result in grain at the top of the silo remaining warm.

Grain that has been harvested, dried or blended below 12.5 per cent moisture content can be managed with a three-step cooling process.

Check out our latest resource from the Soils, Pasture & Livestock Team