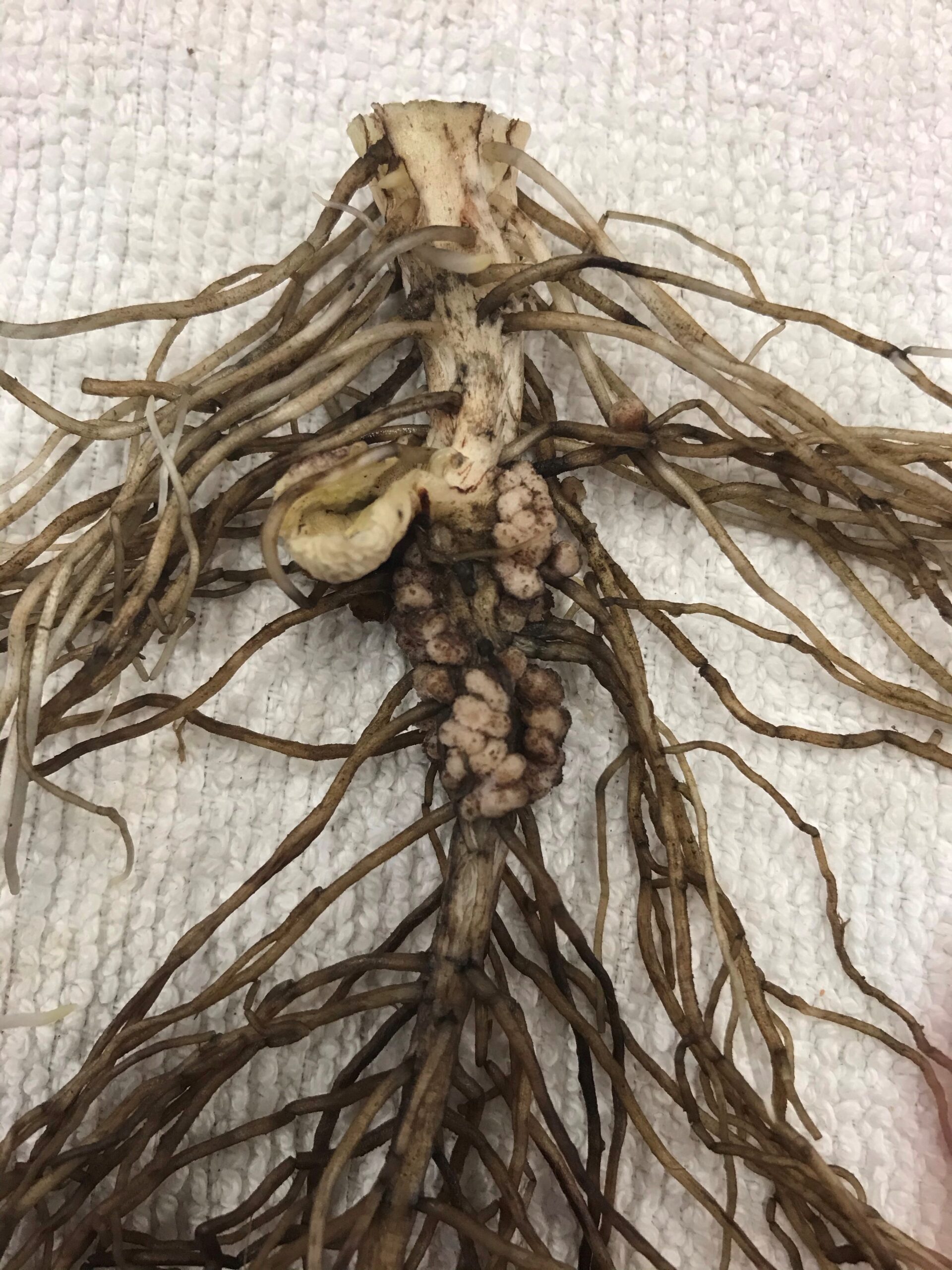 Nodulation – Key to success in legumes!

The time is approaching to check the success of nodulation in grain legumes such as faba beans, lentils, chickpeas and vetch. Nodulation is a good indication of a pulse crop’s ability to fix nitrogen from the atmosphere and is essential to maximised grain yield. By now, many of the rhizobia bacteria that fix nitrogen will have attached to the crop roots, stimulating them to form nodules which act as a nitrogen factory for the plant.

To check nodulation, a dozen plants should be collected from each management zone in a paddock. The roots can be washed in water for easier counting. Most of the nodules that will form are visible eight weeks after crop emergence and will still be small enough to count individually. Each crop has a certain requirement for nodules, for example, approximately 50 nodules per faba bean plant is optimal. Check that the internal tissues of the nodules are pink, indicating active and living rhizobia.

The number and distribution of nodules on the crop roots can be informative of any issues in the soil. If there are many nodules around the seed but no nodules on the lateral roots then it is possible that there were less rhizobia in the soil at sowing, and the nodules that formed came from the seed inoculant alone. If there are insufficient nodules, then poor inoculation practices or poor conditions for nodulation (such as low soil pH) could be at fault.

A new soil DNA-based test, Predicta® rNod, is available through Predicta® B accredited agronomists. This test can assist decisions about inoculation by indicating the background level of rhizobia living in the soil before sowing.  The need for some practices like using double rates of inoculant may be unnecessary as the background soil levels are already high.

Check your crop, know your constraints and testing may help you understand what you can’t see to maximise production.