Just over 12 months ago, bush fires ravaged more than 320,000 hectares of East Gippsland over 91 days. The devastation was widespread, with houses, fences, livestock and pastures destroyed.

The Dung Beetle Ecosystem Engineers Project (DBEE), a joint initiative between Meat & Livestock Australia and Charles Sturt University, has been investigating dung beetle populations across Australia and one of the research sites was located in Buchan, one of the areas hardest hit by last Summer’s bush fires.

“Just this week I set dung beetle traps in Buchan, in paddocks that were burnt black last year. I was so excited to see hundreds of beetles”, said Natalie Jenkins, Southern Farming Systems Project Officer.

“Dung beetles were flying in the middle of the day and were so thick, they looked like swarms of blow flies” said Ms Jenkins.

The DBEE project is all about expanding the range of dung beetles in Australia and analysing their performance for livestock producers, but with the widespread bush fires last Summer, there was concern that existing established populations would be destroyed.

“It was such a relief to see so many beetles present in areas severely ravaged by bush fires, and not just one variety was found, but four including Euoniticellus fulvus, Onthophagus binodis, Onthophagus taurus and Onthophagus Australis”. “In one trap alone, 12 jars of beetles were collected, a record for the Gippsland based research sites”, said Ms Jenkins.

The DBEE project is funded by the Australia Government’s Department of Agriculture as part of its Rural R&D for Profit Program. 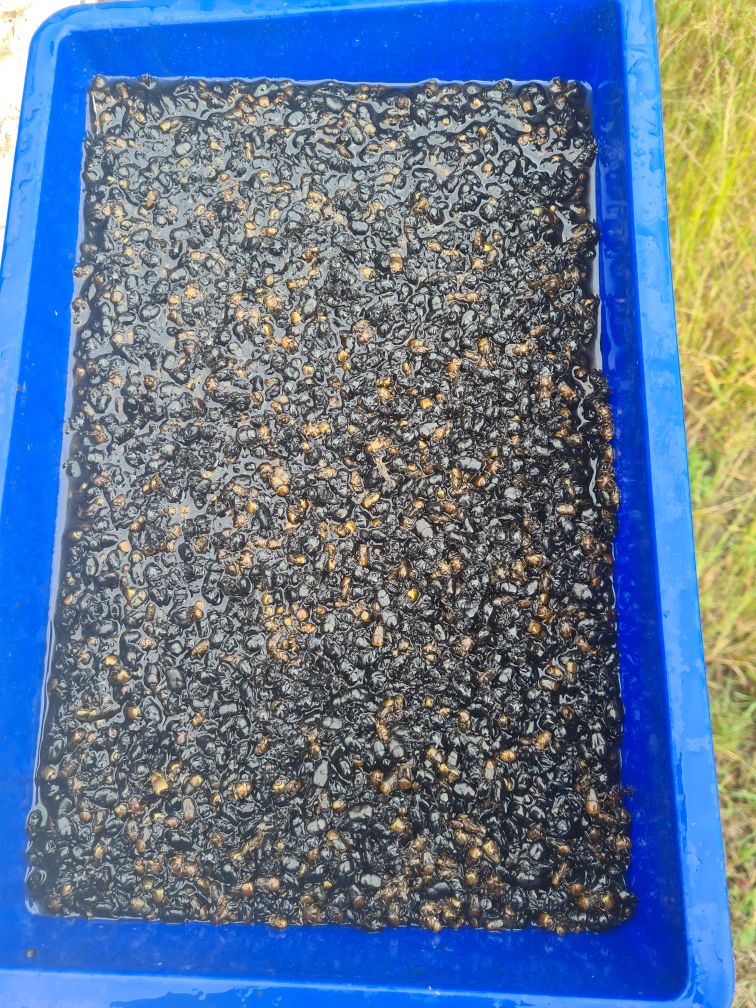