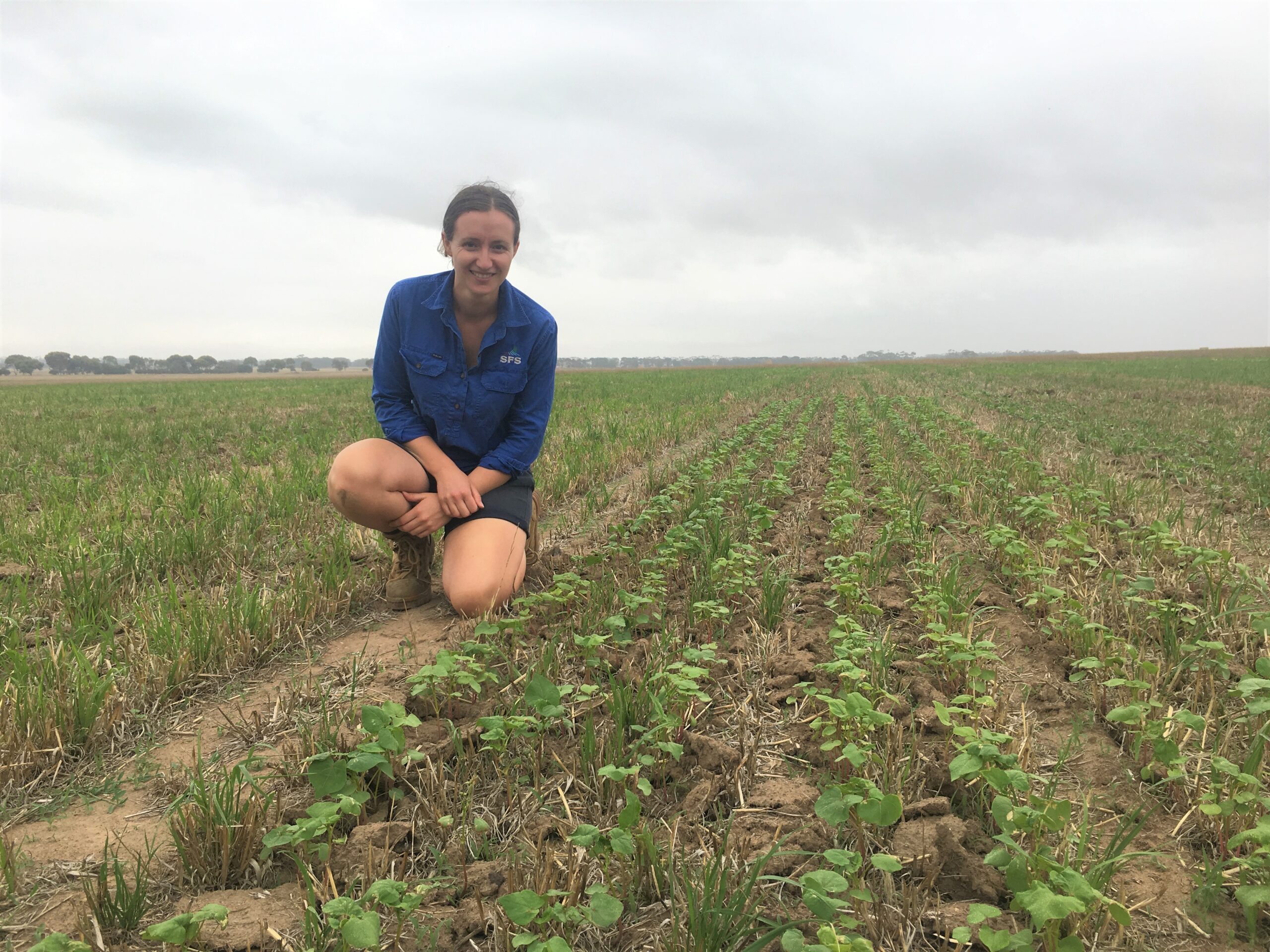 TILLAGE radish has been showing its benefits in trials undertaken by Southern Farming Systems.

Southern Farming Systems senior research and extension officer, Ashley Amourgis said tillage radish had featured in mixed-species trials conducted over the past two summers near Rokewood.  “It performed well,” she said.  “It established really well, and we had good summer growth and biomass from it. It had a good root structure, and when dug up you could see the large taproot coming off it.”  Ashley said that in some areas you could “see the tuber pushing out of the ground”.

The Southern Farming Systems trials have been comparing different treatments, including a fallow treatment, multi-species and single species plots.  In the summer of 2020/21 the multi-species treatment had a mix of seven species, including soybeans, sunflowers, forage rape and tillage radish.  “It was a real mix, everything bringing its own benefit in different ways in impacting the soil structure and soil health,” Ashley said.  “Tillage radish was also in the previous year, and you could see where it had been because it has such a large tuber on it, you could still see the holes in the ground the following year.  In terms of reducing compaction, it looks like it’s doing its job.”  One of the potential advantages of tillage radish being investigated is its ability to remove excess moisture from soils.  “As well as having those compaction benefits, people are looking at it for its potential to remove excess subsoil moisture from the soil over summer,” Ashley said.

“Together with Jon Midwood of TechCrop, we re running farmer discussion groups as part of the GRDC Hyper Yielding Crops Project, and this is something that has come up in conversation, particularly this year, being quite a wet season with a lot of waterlogged paddocks around. There are different options growers consider to improve paddock drainage. Subsurface and surface drainage systems, deep ripping, or the potential for tillage radish over summer to try to remove sub-soil moisture have all been discussed.  In the long-term, they are aiming to reduce their waterlogging issues in their winter cash crops.”  The trials are also looking at the potential impact of cover cropping on soil carbon and nutrient stratification and cycling.